Israeli teenagers unearthed a hoard of 425 ancient gold coins while volunteering at an archeological site during their summer vacations. The two youths were helping the Israel Antiquities Authority with an excavation in the central part of the country when they noticed something shimmering in the ground. 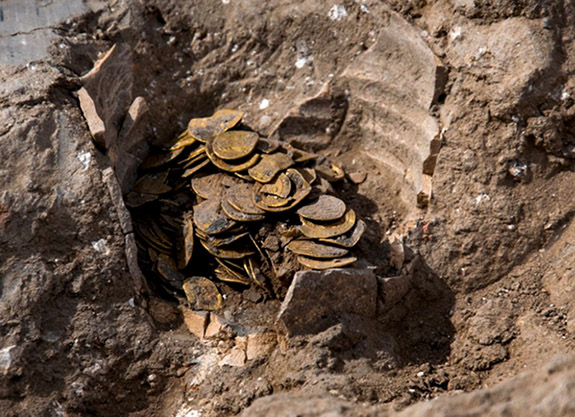 “It was amazing,” said Oz Cohen. “I dug in the ground, and when I excavated the soil, saw what looked like very thin leaves. When I looked again, I saw these were gold coins. It was really exciting to find such a special and ancient treasure.”

The coins, which date back to the Islamic Abbasid period about 1,100 years ago, had been buried in a clay jar. Their combined weight was 845 grams (about 30 ounces) and would have represented a small fortune for a family living at the end of the 9th century. 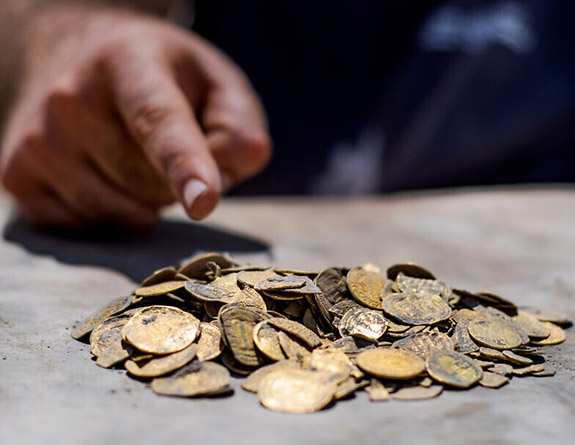 “The person who buried this treasure 1,100 years ago must have expected to retrieve it and even secured the vessel with a nail so that it would not move,” noted Israel Antiquities Authority directors Liat Nadav-Ziv and Dr. Elie Haddad. “We can only guess what prevented him from returning to collect this treasure.”

“With such a sum, a person could buy a luxurious house in one of the best neighborhoods in Fustat, the enormously wealthy capital of Egypt in those days,” added Dr. Robert Kool, a coin expert at the Israel Antiquities Authority.

The pure gold coins were found in pristine condition due to the unique properties of the precious metal, which resists corrosion and does not oxidize when exposed to air.

The cache of gold coins included 270 small gold cuttings, which are fractional pieces of the original dinars that served during this period as “small change.“ 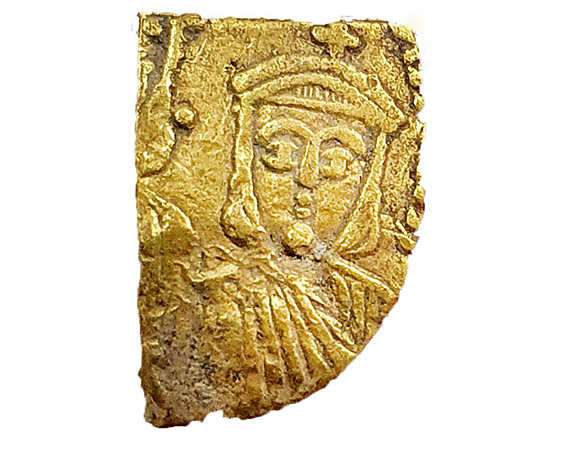 Of particular interest to the directors was a cutting that depicted the Byzantine emperor Theophilos (829 – 842 CE). The fractional coin was minted in the empire’s capital of Constantinople. This was a surprising find since all the other coins in the vessel were minted by the Islamic Abbasid Caliphate, which stretched from Persia to North Africa and whose center of government was in Baghdad, Iraq. The mix of coinage presented some evidence that the rival empires had continuous connections — either via war or trade — during this period.

“This rare treasure will undoubtedly be a major contribution to research, as finds from the Abbasid period in Israel are relatively few,“ Kool added. “Hopefully, the study of the hoard will tell us more about a period of which we still know very little.“