In 2016, the most popular baby names in the U.S. were Emma, Olivia and Ava for girls, and Noah, Liam and William for boys. With traditional names making a comeback, expectant parents may consider taking a closer look at the symbolic and beautiful baby girl names associated with precious stones.

At the beginning of the 20th century, it was not unusual for a one-room schoolhouse to be filled with young ladies named Pearl, Opal, Coral and Beryl. Parents believed that children named for precious stones might assume the gems' mystical attributes.

Here’s a countdown of the top names, along with their symbolic meaning and comparative rankings from the year 2000. Incidentally, the name Diamond dropped off the Top 1000 list in 2016 after ranking 162 only six years earlier.

• Pearl and Perla. Said to symbolize the purity, generosity, integrity and loyalty of its wearer, Pearl (or Perla in Spanish) was one of the top girl’s names in 1880. It slowly faded from favor over the next 100 years, but resurfaced recently. Pearl ranked #567 in 2016 and its Spanish variant, Perla, ranked #701. Actress/comedian Maya Rudolph named her daughter Pearl Minnie Anderson in 2005. 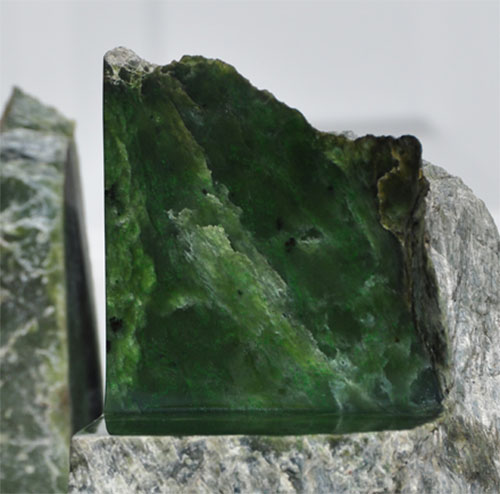 • Amber. This beautiful deep yellow gemstone is made from fossilized tree resin. It was also a marginally popular girl’s name in the late 1800s (ranking between 800 and 1000). The name Amber zoomed to the very top of the list in 1980 and has steadily slid down the list over the past 37 years. Amber ranked #375 in 2016, down from #47 in 2000. Actresses Amber Heard and Amber Rose share this gem's name.

And our top-rated gem name is…

• Ruby. Fiery and captivating, the rich red ruby is known as the stone of nobility and is considered a symbol of passion and power. For the past 137 years, the name Ruby has never placed lower than #400. It was near the top of the list in 1910, reached its low point in 1980 and has been making a rapid ascent ever since. Rated #258 in 2000, Ruby zoomed to #71 in 2016. Ruby Stewart is the daughter of rocker Rod Stewart and model Kelly Emberg.