Welcome to Music Friday when we bring you fun songs with jewelry, gemstones or precious metals in the title or lyrics. Today, Diamond Rio frontman Marty Roe puts a "big down payment on that itty bitty diamond ring” in the memorable 1998 singalong, “Unbelievable.” 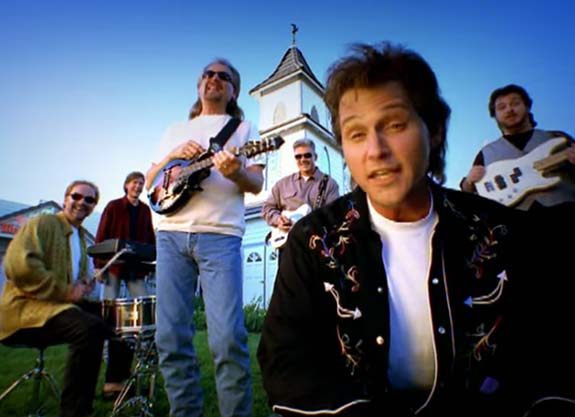 In the song written by Jeffrey Steele and Al Anderson, an infatuated Roe is crazy in love with his “unbelievable” new girlfriend. His life had been lonely and boring, but now a magnificent beauty has turned his world upside-down — so much so that he stutters when he tries to speak to her.

The song's jewelry reference includes this line, "Elegant, intelligent, heaven sent, all my money spent / I put a big down payment on that itty bitty diamond ring."

Released as the title track of the group's fifth studio album, "Unbelievable” vaulted to #2 on the U.S. Billboard Hot Country chart and #1 on Canada's RPM Country Tracks chart. The song also had crossover appeal, as it settled in at #36 on the broader-based U.S. Billboard Hot 100 chart.

“Unbelievable” was originally written for country star George Jones, according to Songfacts.com. When Jones passed on the song, Diamond Rio scooped it up. Recalled writer Anderson, "I know all of a sudden they liked it and cut it and put it out, and it was the most played Arista record that year."

Founded in Nashville in 1982, Diamond Rio has featured the same six members for the past 33 years. They include Gene Johnson, Jimmy Olander, Brian Prout, Dan Truman, Dana Williams and Roe.

The group was originally named the Grizzly River Boys (a river rafting ride at Opryland USA). Few band members liked the name so it was changed to the Tennessee River Boys. Their moniker would change one final time in 1990 after the group signed a record deal with Arista.

Band member Prout suggested the name Diamond Rio not because he wanted the band to be associated with precious stones or an exotic city in Brazil. The name was, in fact, a nod to the Diamond Reo truck company, which ceased operations in 2013.

The group is a 13-time Grammy nominee and was named the Country Music Association’s Vocal Group of the Year four times in the 1990s.

The band is actively touring with performances scheduled in the U.S. and Canada from February through August 2018.

Please check out the audio track at the end of this post. The lyrics are below because we know you’ll want to sing along…