Jesse Tober and Kasey Donovan starred in their own fairytale last Monday when they popped the question simultaneously in front of Sleeping Beauty’s Castle at Disneyland in California. The video of the spontaneous double proposal made them Twittersphere sensations and affirmed, once again, that a Disney Park is not only “the happiest place on Earth,” but also the most romantic. 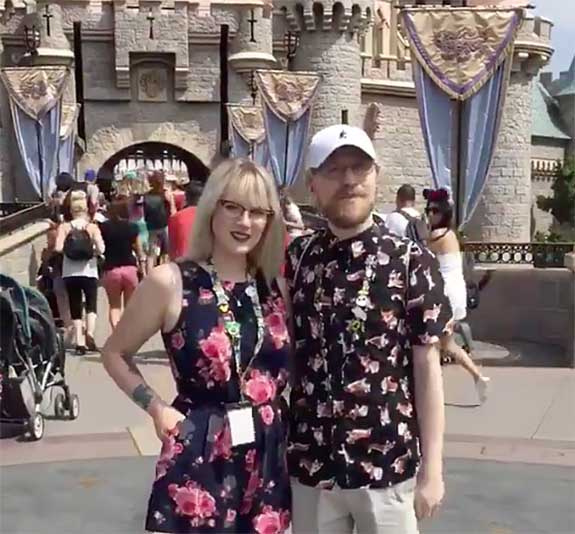 In a 34-second clip that has been viewed on Twitter more than 7.8 million times, we see the couple posing in front of the iconic Disney castle. The scene opens with Tober nervously fiddling with something hidden in her pocket. 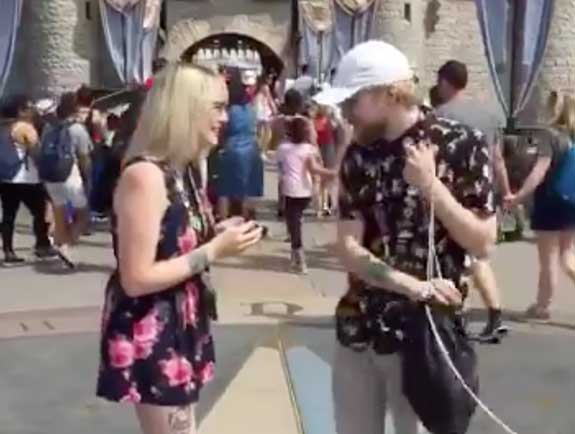 But then we see it’s a ring box, which she opens and presents to her boyfriend. Donovan continues to look straight at the camera, but then turns toward his girlfriend, stares down at the ring and laughs. 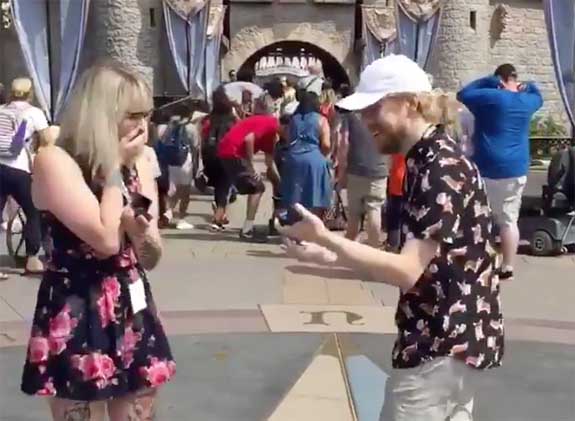 At that moment, Donovan digs into his backpack and pulls out an engagement ring box of his own. 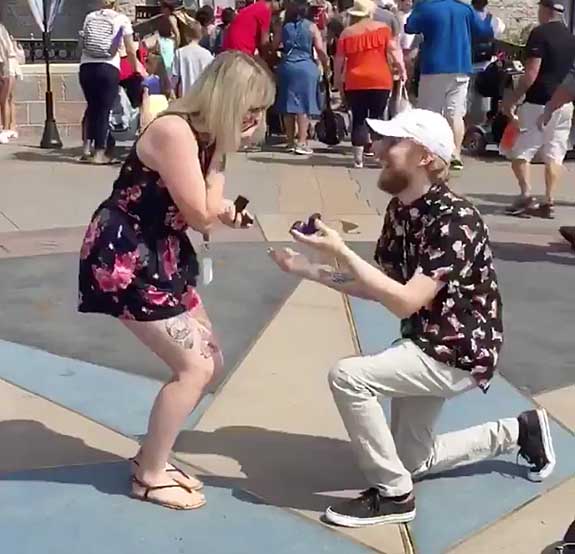 He goes down on one knee and proposes to Tober, who seems shocked by the wild coincidence.

Videographer and best friend “Harls” can be heard saying, “No way! They double proposed! He had a ring for her!”

On Twitter, Tober posted a link to the video along with this caption, “Tell me why we just proposed to each other at the same time at our favorite place. I’m speechless.”

Tober, 20, told Business Insider that, for just a moment, she thought Donovan was going to refuse her proposal.

“When Kasey, my fiancé, started laughing when I pulled out the ring, I thought I made a huge mistake!” she told the publication. “I thought he kept asking, ‘Are you serious?’ because he definitely wasn’t ready to get married. I had no idea he was about to pull out a ring for me at the same time.”

Tober told Cosmopolitan.com that she had picked out a ring “forever ago” and had been planning the proposal for three months. Donovan, 24, had been working on his proposal for more than a month, but picked out the ring a week prior to their Disney trip. 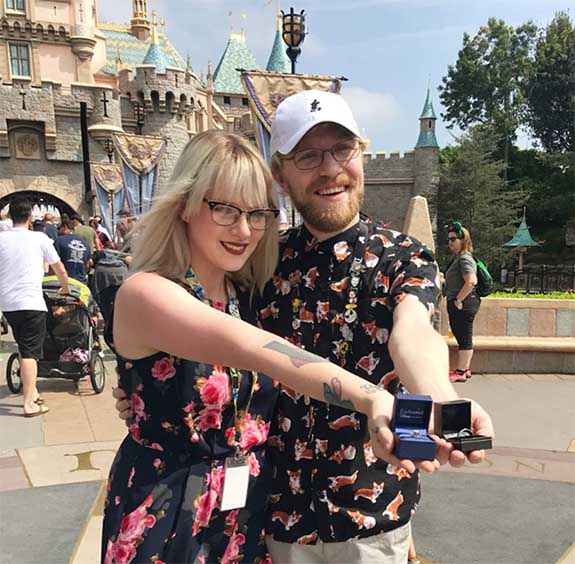 “We’re just so in sync as a couple, I’m not surprised this happened,” Tober told Cosmopolitan.com. “I don’t know how to explain it, it almost seems normal that we both did this.”

Donovan, who hails from Salinas, Calif., met Tober when he began following her on Twitter in early 2016. She lives in upstate New York.

It turns out they share a love for all things Disney and even dressed as Disney characters for Halloween. They’re hoping to some day tie the knot at “the happiest place on Earth.”

Back in March of this year, we reported how Disney properties dominate the “Most Popular Places to Propose” list, placing three destinations in the Top 10, according to the wedding-planning website Hitched.co.uk.